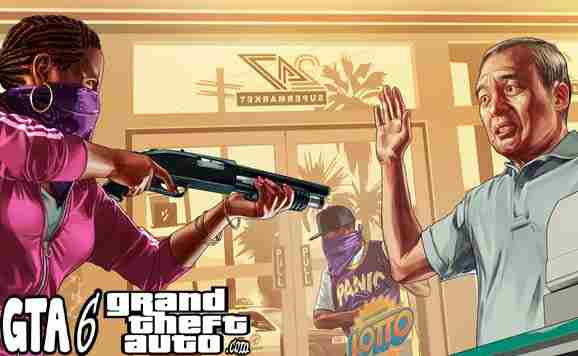 As various rumors are popping for GTA 6, recently was GTA 6 Take Place In New York City Or Houston. GTA 6 has tremendous expectations as it has some fabulous features as scuba diving, huge maps with a lot of exciting areas to explore but GTA 6 would have lots more.

It is expected to have a story which will move around a female life. Various fans are predicting and giving their reaction for this change. If story line is changed from male dominating and shared between female-male dominating then Rockstar has to do a lot of work. But it will be a great change in the GTA series.

Firstly GTA series is known for open fun & destruction in a virtual world. Here people are free to roam at any place and can do whatever they want or according to their mission, but if a female is in the lead role and Rockstar put it in a right way,then this could be nuclear bomb of hotness and sexiness combined thrill and adventure & all these features will put GTA series to levels where it will be truly unpredictable.

Female as a main character will be loved by all the die hard fans of the GTA, as this will be drastic change for them,which will allow them to explore new way of playing the GTA. All Previous versions of GTA have male as lead character fans are now a little bored of playing with a male character.

Hence, Female as a protagonist in the GTA 6 can bring a boom in the GTA series. So friends if you have a new idea for GTA 6 we will always welcomed in the below comment box and stay connected for more updates….